The CNR answers: The plague in the history of Naples 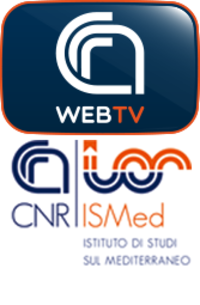 How were the emergencies between the 16th century and the Unification of Italy handled? How did rescue work?

These questions are answered by Raffaella Salvemini (CNR-ISMed), in a short video in the new CNR web TV information space.

"Between the sixteenth century and the unification of Italy, in the Kingdom of Naples and other regions, the relief plan was based on charity, bequests and donations, made not only for the salvation of souls, but also to maintain facilities, such as hospitals. When the plague epidemic broke out in 1656, Naples, one of the most populous cities in Europe, saw its 400,000 inhabitants halved. In that emergency situation - hunger was already the main problem in daily life - the aid plan was based first and foremost on conveying information. Quarantine and lazarettos were foreseen. For the ships that docked in port, a simple protocol was followed: "it was ascertained that they came from a safe source. In that case, the go-ahead was given, otherwise quarantine in the lazaret was triggered".

The new information space, "The CNR responds", is dedicated to the main current issues. The experts of the Body make their knowledge available to the public with two-minute video pills and simple and direct language.