Science in brief - But is it really just the pandemic's fault? Poverty in Italy in Capasso's view 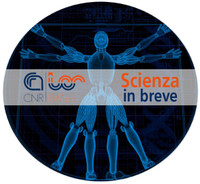 "But is it really just the pandemic's fault? Poverty in Italy in Capasso's view"

An interview on Formiche.net with Salvatore Capasso, director of @CNR.ISMed and professor of Economics at the @Parthenope University of Naples.

"...the virus has only exacerbated problems that already existed. If there are two million poor people in Italy today, it is the fault of 20 years of lack of growth. Restoration and subsidies are fine, but welfare should be created in other ways.".

Read the full interview on Formiche.Net

Capasso, yesterday ISTAT presented the unpleasant bill of the pandemic. Thousands of new families in poverty. Did you expect such numbers?

Yes, but I'll tell you more. These numbers, frightening without a doubt, are not just the fault of the pandemic. There is a serious problem of growth in this country, a problem we have been facing for 20 years. From 2000 to 2019, we had a cumulative growth rate of 8% and in 2020, in just one year, we lost all the growth we had accumulated over two decades.

So the pandemic is involved, but to a certain point?

In a sense. The pandemic is only one aspect, certainly not a minor one. But the real problem lies ahead, namely everything that was not done before. The virus has in fact exacerbated critical issues that already existed. And there will be, at least for this year: unemployment rates are rising everywhere in 2020 and in Spain and Greece they exceed 20%, while in Italy they are expected to remain around 1.8% even in 2021.

Yes, because if on the one hand the pandemic has exacerbated the problem of poverty, on the other it has also had a considerable impact on social differences. Let me show you, those who have a fixed income are now facing much less serious problems than those who do not have a fixed income but whose income is closely linked to economic trends.  Some sectors such as electronics are marginally affected, or even benefit from the pandemic. Others are almost completely inactive, such as tourism. This is also an asymmetry.

In these long and terrible months we have familiarised ourselves with various terms: refunds, subsidies, Covid Fund and many others. No one disputes that the state supports those who can't cope, but don't you think that wealth and prosperity are not created only by decree?

Absolutely. We have forgotten for some time that wealth and production are generated through work. Things and goods are produced, a country becomes rich not because it prints money, but because there are businesses and productive activities that create wealth and work. The emergency is OK, it is right to massively help families in difficulty and businesses, but in the long term it is necessary to be able to work and produce.

Speaking of growth, in less than two months Italy should present the final version of the Recovery Plan to the EU. If I ask you what must not be missed, what do you say?

This is my answer: infrastructure and related projects. Because only serious planning is the key to any growth. Be careful, however, when I talk about infrastructure I am also talking about something else.

There are not only physical infrastructures, there are also those that are less material but no less important. An example? Justice and bureaucracy. Even here we need planning, there is not just one type of infrastructure.