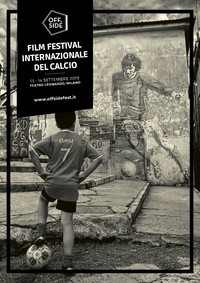 The CNR-ISMed is one of the moral sponsors and members of the jury of the OFFSide Football Film Festival, whose mission it shares. In supporting the initiative, he continues his commitment to analyze the economic, historical, social, artistic and political aspects of the world of football, as part of the research project "Humanity in the ball" (Maurizio Lupo, CNR-ISMed).

Offside Football Film Festival is an international film festival dedicated to football, which every year presents between ten and fifteen films in which human and social stories are told through football, gathering the keys to understanding the social and global phenomenon that football has become.

OFFSide was founded in Barcelona in 2004 as an independent festival of feature films and short films on football, the world and its diversity, to experience football not only as a sport, but also as a vehicle to spread universal values and open up to a dialogue that goes beyond the world of sport.

CNR WebTv service on the project: "Humanity in the ball, the dream football investment".

Info abd contacts: This email address is being protected from spambots. You need JavaScript enabled to view it.

CNR WebTv service on the project: "Humanity in the ball, the dream football investment":  http://www.cnrweb.tv/umanita-nel-pallone-il-calcio-da-sogno-a-investimento/