Meetings of Geopolitics: The British question 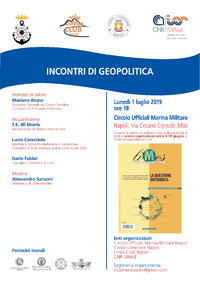 The referendum of June 23, 2016 on the United Kingdom's exit from the European Union triggered a spiral that is overwhelming the centuries-old rules and customs of the former world empire. The British question is in fact studded with geopolitical questions of the highest order, starting with the questioning of the unity of the kingdom itself. Where is power today in the homeland of modern sovereignty? How does London intend to appease the Scottish independence strongholds, prevent possible Welsh claims and stabilise British Ireland?

The event is open to the public until places are available and subject to registration by June 30, 2019 at: This email address is being protected from spambots. You need JavaScript enabled to view it..