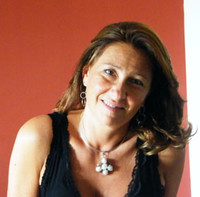 Roberta Varriale graduated in economy in 1988. She has been researcher at the Institute of Studies on Mediterranean Societies (was ISEMEM, than ISEM) since 1989.

During the first years of her career her research dialed with high education modeling  and socio-economic trends, she studied historical universities and their feedbacks on the economic growth.

Later on she specialized in engineering training and she analyzed several aspects of the relationship between technical training institutions and the development of the area of their geographical and political influence.

Then she started being involved in several aspect of environmental history. She has been carrying on research on the role played by underground space on the development of the aboveground areas for more than ten years. She deals with the management of natural sources in urban areas as a answer to functional and logistical urban needs in a very long term perspective and with a global approach. She ideated a new classification scale for all the underground structures with reference to the support given from underground space to urban sustainability.

2010, R. Varriale, “The underground loom of Naples. Buried networks interpret the relationship between the city and the natural environment”, in: R. Varriale (edited by), Urban Undergrounds in Europe, ISSM-CNR, pp. 163-188.

2014, R. Varriale, “Undergrounds in the Mediterranean: ten urban functions from the “other” side of Mediterranean cultural heritage in a long-term perspective”, in Global Environment, 7, pp.198-245.

At the moment she is in charge for the project “I sottosuoli urbani nel Mediterraneo” and “Il sottosuolo antropico meridionale” in cooperation with several Sothern Italy’s civil councils.

She takes part to the activities of  DATABENC cultural district, in this role she was asked to point out thematic layers  about the knowledge of urban undergrounds with a special application to the case of Napoli.